2018 brought alarming news about biodiversity loss and its likely effects. In March the Intergovernmental Platform on Biodiversity and Ecosystem Services released scientific assessments about biodiversity loss on each continent. In October WWF published their flagship The Living Planet Report providing a comprehensive view of the global biodiversity health. In November the United Nations biodiversity chief, Cristiana Pașca Palmer, made a strong statement warning that species extinction is as dangerous as climate change but an almost forgotten challenge.

Biodiversity on the global agenda

The UN Convention on Biological Diversity (CBD) is currently working on a new framework to manage the world’s ecosystems and wildlife. This work will hopefully lead to a powerful global agreement on biodiversity conservation in 2020. But the last two agreements, signed in 2002 and 2010, received little attention. Few goals, set up in the Aichi Biodiversity Targets in 2010, have been reached and the low political engagement has led to further biodiversity loss. One indicator, The Living Planet Index (LPI), measuring population abundance in almost 17,000 monitored populations, shows that biodiversity has decreased with 60% since 1970. In Africa, it is expected that 50% of all mammals and birds will be lost by 2050 while Asian fisheries will have completely collapsed.

Loss of biodiversity affects ecosystems and makes them vulnerable to climate change, pollution or other anthropogenic threats. Our economic system is dependent on ecosystem services and the value of these has been estimated to US$125 trillions a year, where pollination alone has been estimated to increase the global value of agricultural production with US$235-577 billions. The major driver for biodiversity loss is overexploitation and agriculture. Forests holds more than 75% of the world’s terrestrial biodiversity and species richness is astonishing in biodiversity forest hot spots. For example, on 15 hectares in Borneo, the same number of tree species can be found as in the whole of North America. It is not surprising that conversion of forests to agricultural land is the major reason for biodiversity loss in tropical areas.

Globally, and especially in tropical areas, agroforestry can help to halt biodiversity loss. By providing forest products, agroforestry can reduce pressure on forest ecosystems. By reducing erosion and flood events, agroforestry prevents habitat destruction. This is also positive for aquatic animals and plants as eroded soil can result in eutrophication of lakes and rivers.

For further reading about the health of the global biodiversity we recommend WWF‘s Living Planet Report or the regional assessments by IPBES. 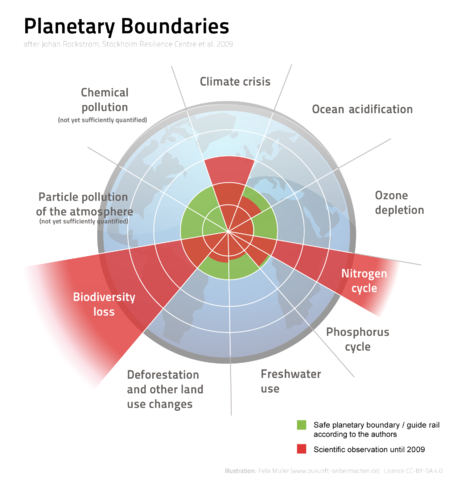